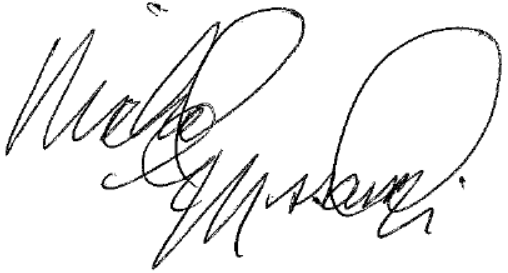 For over 20 years Mike Missanelli has defined Philly sports.

Mike began his media career in newspapers and he still has the writer’s touch; he makes his points quickly and efficiently.  Developing his signature radio style in local AM sports talk and at WMMR, by 2009, Mike had the skill set and fan base needed to launch Philly’s first FM sports station, the Fanatic. Mike Missanelli is a long-time Philadelphia media personality whose career he spans the gamut in areas of print, radio and television.

Currently, Mike is the host of the popular Mike Missanelli Podcast sponsored by Bet Rivers and available on all podcast networks. He is also the co-host of Jakib Media’s new Eagles Post-Game, seen on 6abc.com and the Jakib Sports You Tube channel.

Missanelli has been a radio sports talk host in Philadelphia for more than 30-years. For the last 15 years, he was the evening drive host of the Mike Missanelli show on 97.5 The Phanatic (WPEN FM), Missanelli is also a licensed attorney in Pennsylvania. He worked 10 years as a writer/reporter for the Philadelphia Inquirer, before going on a media journey that would take him to prime-time host gigs at the onset of sports talk radio in Philadelphia in the early 1990’s.

Missanelli created a Philadelphia all-sports magazine in the mid-1990’s called The Fan, which dug deep into the Philly sports scene via feature stories on high profile athletes and newsworthy controversies. A few years later, he was named sports anchor on television station WB-17 in Philadelphia as part of the night news team on WB-17 News at 10, subsequently doing both radio and television. He also co-hosted several specialty shows on WB-17, including the Phillies post-show, following live televised Phillies baseball games on the channel.

Leaving sports talk radio for a spell, Missanelli became the lead player on a new morning show on WMMR-FM called “The Philly Guys.” Following that stint, he made his way back into sports talk radio and co-hosted a show on ESPN radio in New York City with ESPN mainstay Stephen A. Smith. In 2010, Missanelli returned to the Philadelphia Inquirer as a sports columnist for the newspaper’s Sunday editions.

Missanelli has received numerous awards during his long career in journalism. He is also the author of The Perfect Season, a book that detailed Penn State football last national championship, when they upset heavily favored and controversial University of Miami at the Fiesta Bowl in 1986. Mike has also just released a children’s book titled “The Adventures of Shima the Shiba.” The book follows the growth of Mike’s dog Shima, a Shiba Inu breed, as she navigates her way from puppy to grown-up, while it also provides valuable lessons for children to follow.

Missanelli is a graduate at Penn State University, where he obtained a B.A. in Journalism and was a varsity letterwinner on Penn State’s baseball team and holds a J.D. degree from Delaware Law School at Widener University. Off the air Mike is passionate about golf - that passion drives his fundraising through his annual Open. He’s also a dog lover who supports area rescue shelters.

MARCH 23, 2021, Jason Lee sits down with Sports Talk Radio Legend Mike Missanelli. Mike has been on Philly radio for about 3 decades, the last ten years of which have been spent as the Afternoon Drive host on 97.5 The Fanatic. Longtime Channel 17 viewers will remember Mike from his days as the Sports Anchor on WB17 News at Ten. Mike tells some amazing stories of the early days of sports talk radio in Philly. Enjoy the show!